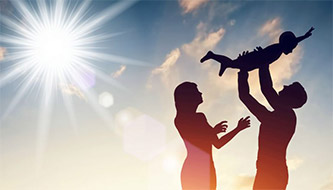 Good parenting is the foundation of a good family and good family forms a good community resulting in a great nation. That is why parenting and family should be the foundation of any nation if we are to move forward as a country.
God made man and woman as His helpmate so the roles and relationships of a husband and wife and eventually being a father and mother determine the future generation and nations. If a couple is planning to get married and have children, they have a very important role so they should prepare about parenting before marriage. They must understand that marriage is a lifetime commitment beyond the romance. It is a serious matter that should not be taken lightly. Commitment and selflessness must be present in the relationship with the intention of living together “till death do us part”.

A husband as the head takes the responsibility for everything that happens in the family. This does not mean that the man is better or the wife is inferior but they are equal as joint-partners together in making decisions, respecting and supporting each other in their different roles. He is to love her as he loves himself and he must support his wife in fulfilling her calling as a wife, mother, and or other callings in life.
A wife should be a good homemaker besides being a wife and a mother. She is the person who respects, helps, and encourages the husband to meet his calling in his different roles. Women are created with a softer and tender heart while the men are harder so they complement each other.
Parenting is a big responsibility so both the couple must be prepared on the fact that life is not just the two of them; they are going to have children. Therefore, they must be ready to give time and sacrifices to build strong descendants that have good values and principles.

The roles of husband and wife are inter-related to parenting because the children see the relationship as husband and wife, as their primary role model of how they see themselves as future parents. The saying, “action speaks louder than words” is true. Parents must “walk the talk” or everything they say would be hypocritical.
Children are a gift and reward from God. Therefore, parents are to be good stewards of what is entrusted to them. I strongly recommend the family series of Gerry and Anne Ezzo on their teachings from babies until adolescent.
As the children go through different stages of life, parents play an integral role to their development. They should be the role model and the foundation that shoot them to the right path. From childhood, parenting is more of authoritative, so imparting good values focusing on the essential aspects encompassing the child’s spirit, soul, and body must be done. At the age of transition, from 8 to 12 years old, environmental influence such as friends and colleagues slowly start to affect how a child thinks and behaves.

This period is also characterized by hormonal changes so their behaviors are usually attributed to these changes. At 17, they begin to be aware of the opposite sex. We have to understand this to be able to work with them and help them by imparting the teachings of godly principles. Then they start to become an adult, so the seeds of values entrenched to them begin as an adviser rather than a regulator.

The children are under the authority of the parents so they must have principles, rules and boundaries of the family that are clearly stated. Parents are to reward when their children do more than what is required and impose discipline should they deviate from it. At the same time, parents are to encourage and praise their kids by positive words because there is power to build up or destroy in our spoken words.

I believe couples should study and learn the right principles of marriage and parenting before they get married because it is the key to the future of their family’s life, their children’s and the nation. Good family is the foundation of any great nation! 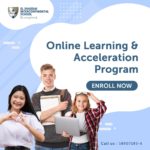 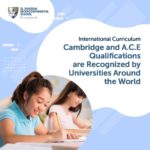 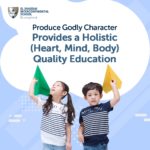 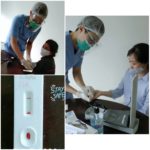